Most people that get an 818C kit car will follow Factory Five’s building instructions and put a Subaru Impreza powertrain in it. But not the guys from EV-Controls.com, for obvious reasons. They have built an entirely different machine, with two Tesla electric motors and two Chevy Volt battery packs. With impressive results.

After taking the little electric sports car to the Luskville track, it managed to complete the quarter-mile in just 9.3 s, at 137.9 mph. Have a look at the run from the outside, in slow motion:

But why would the car adopt Chevy battery packs instead of Tesla’s? According to the info obtained by Elektrek, that would be due to a higher discharge rate from the GM equipment. 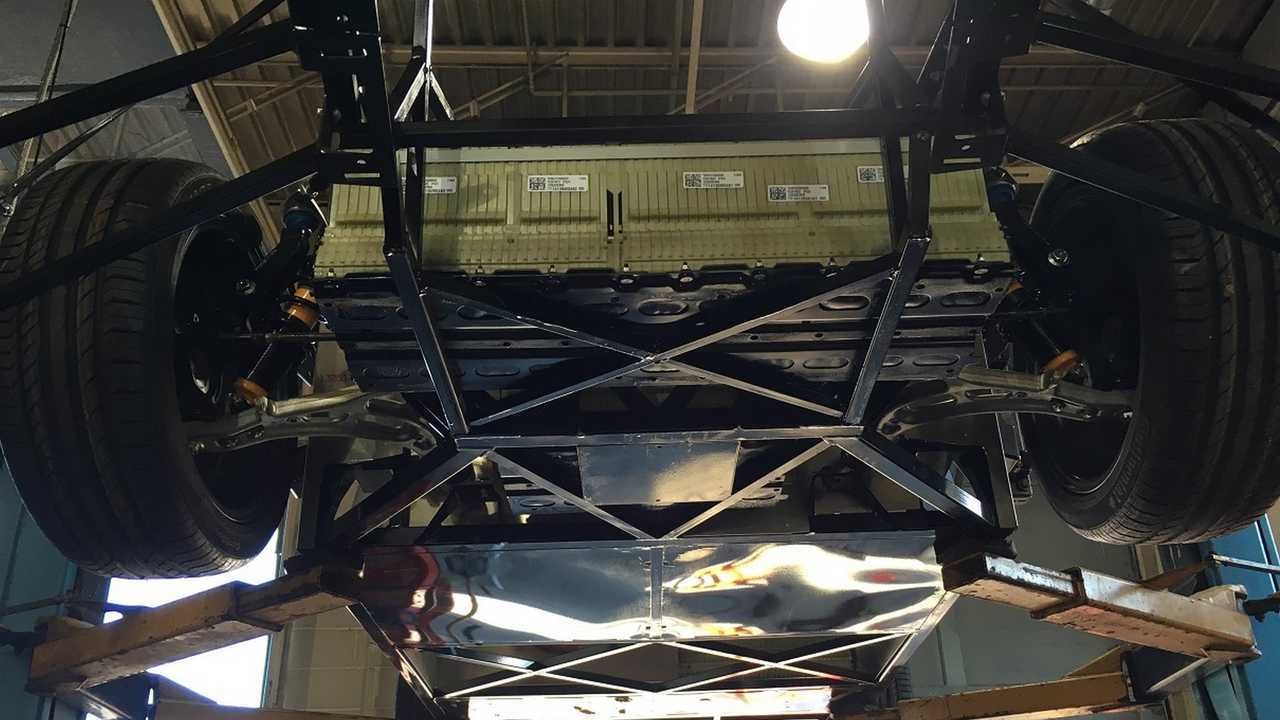 That makes sense in a sports car, but it is enough to look at photos of the 818C from underneath to realize Volt’s battery packs are much easier to install in the kit car. Apart from making it lighter. They offer a 158 mi (200 km) range at 70 mph speeds, according to EV-Controls.com.

For comparison purposes, the company informs the electric 818C weighs 2,400 lb less than a Model S. The problem is that that car has lots of derivatives. If you take a P100D as a reference, with its 4,960 lb, that would take the electric 818C to a little more than 2,500 lb.

Factory Five does not disclose the weight of the 818C, only the 818R, which does not have doors. That kit car weighs 2,012 lb. A Factory Five forum post helps shed light on that. Owners inform a weight of 2,008 lb up to 2,239 lb for the model without the driver. The last one makes more sense when confronted with the 818R’s official number.
If that is correct, this EV conversion has managed to add very little mass to the kit car. What is quite an accomplishment and makes the quarter-mile performance very easy to explain.

The 818C is 155 inches long, 69.5 in wide, 52.5 in high and it has a 96 in wheelbase. It has started its EV career with EV-Controls.com in 2016, with a red body. It was later repainted in gray. Previously, it had just the rear motor, as this video of another quarter-mile run clearly shows.

It would be nice if Factory Five and EV-Controls.com collaborated on an electric kit car. Perhaps with a larger battery pack — though, not as large as Tesla’s — to keep the mass low. Which car, apart from the Volt, could supply them? Suggestions in your comments, please.
ET: 09.322 sec
KPH: 222.025 kph